Cinnamon Roll Coffee Creamer is a quick and easy, made from scratch recipe for making your own yummy coffee creamer (with the flavor of a great cinnamon roll)! 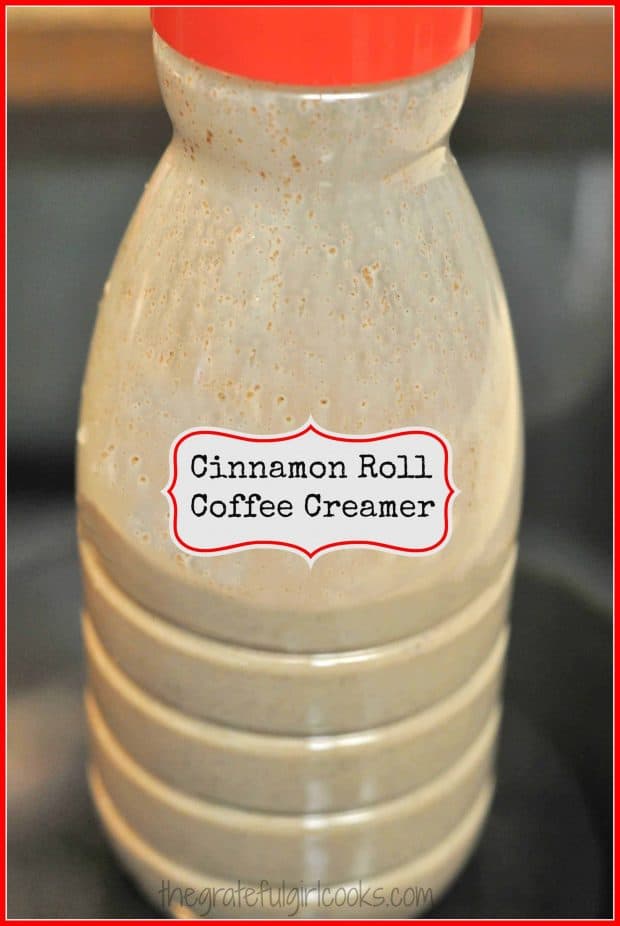 Have you ever made homemade coffee creamer? I make creamers occasionally (mostly when I want to try a new flavor). I recently made a delicious Cinnamon Roll Coffee Creamer. Yum! It was the perfect addition to make my beloved coffee NOT taste like coffee!

I found this particular recipe on Pinterest and decided to give it a try as I am a HUGE fan of cinnamon rolls. And coffee. Seriously… how could you go wrong mixing the two tastes together… in an easy to prepare coffee creamer?

Combine milk and half and half in a saucepan. Whisk in the brown sugar. Heat this up a little bit on LOW heat, but DO NOT BOIL.  Remove from heat. 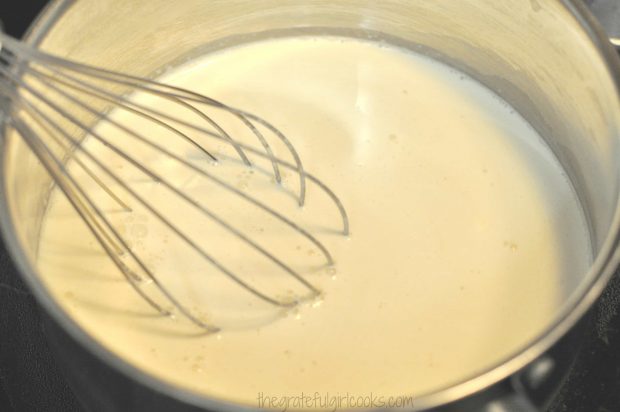 Add the cinnamon and vanilla extract to the slightly heated milk mixture. Whisk to combine. The cinnamon will incorporate itself better into the creamer when the milk is warm. 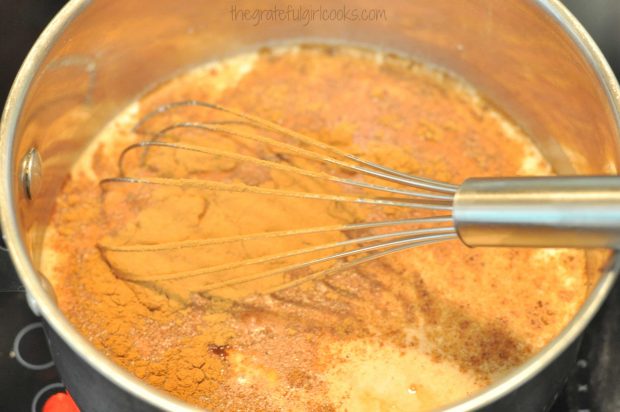 Once mixture has cooled slightly, you can add this cinnamon roll coffee creamer to your cup of coffee or store in refrigerator until ready to use.

How Much Creamer Does This Recipe Make?

This recipe makes approximately 2 cups of creamer, which fills a standard size creamer bottle up about half way. If you want to make more, simply double the recipe… easy!

How Do I Store Cinnamon Roll Coffee Creamer? 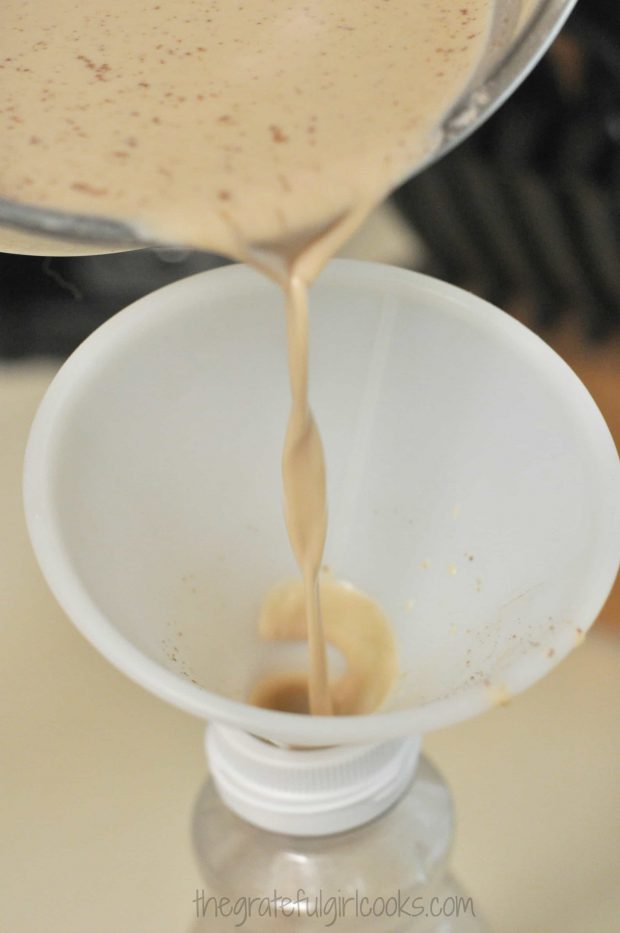 Cinnamon roll coffee creamer can be stored in refrigerator for 5-6 days once prepared. Be sure to give the bottle a good shake to re-mix ingredients before each use. 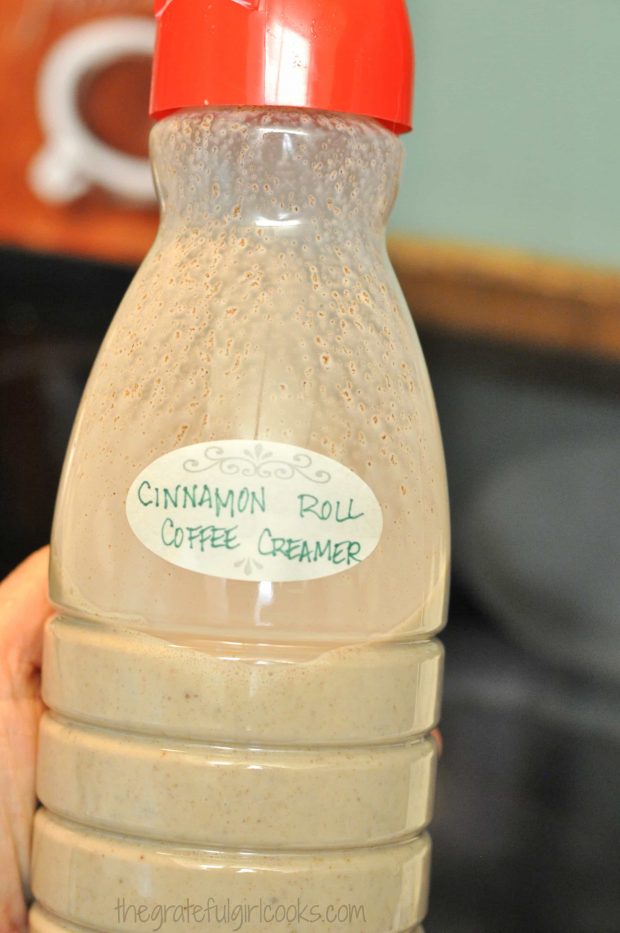 Why I Use Half and Half For This Recipe

The original recipe called for heavy cream, and I tried it that way the first time I made this. The next time I ended up replacing the heavy cream with half and half. I did that because the whipping cream thickened over time from shaking the bottle each time before adding it to my coffee. It simply got way too thick over the course of a few days.

Guess what? This cinnamon roll coffee creamer tastes great when made with half and half! Problem solved! That’s how I’ve made it ever since! 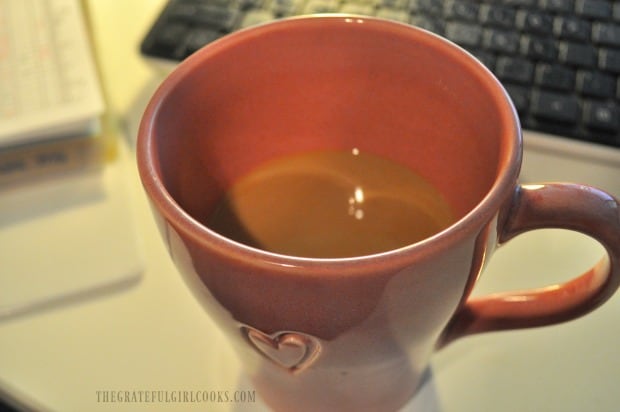 Hope you’ll give it a try! Pour yourself a cup of coffee and enjoy this cinnamon roll coffee creamer that you made all by yourself! If you enjoy this creamer, be sure to check out my recipe for Creme Brulee Coffee Creamer. You can find ALL of my recipes in the Recipe Index, located at the top of the page. 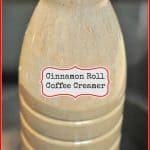 *You MAY substitute heavy whipped cream for the Half and Half for a "creamier" creamer. I also tried it that way first, but found I didn't like the way the cream eventually "firmed or clumped up" after being shaken each time before using. 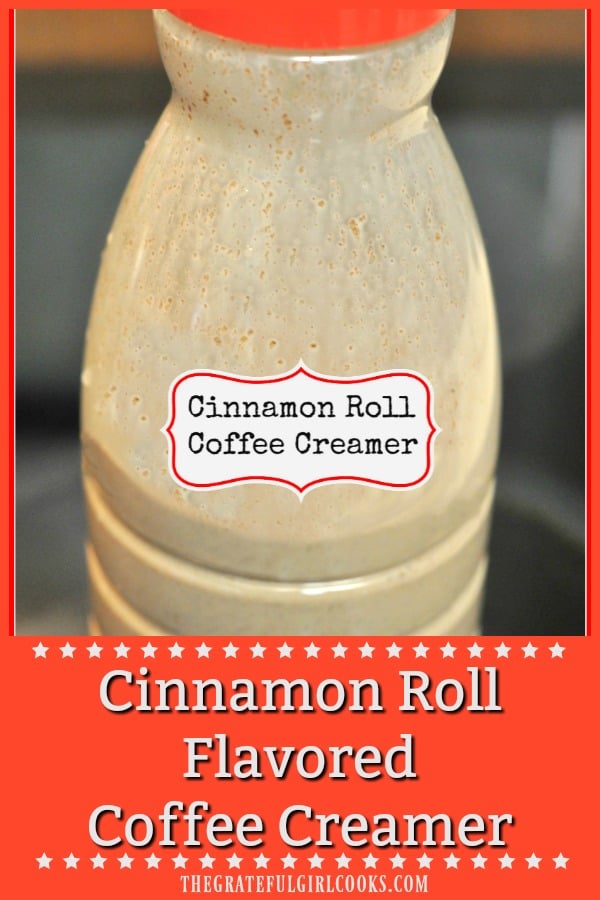