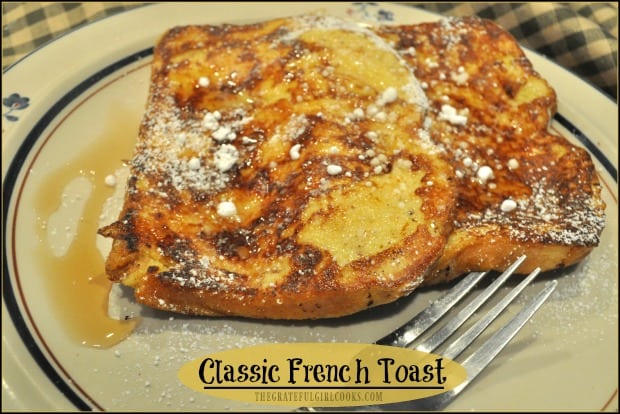 We LOVE French toast in our home!  When I was growing up, it was always a big treat when my Mom would make classic french toast for our family. Usually we had cereal for breakfast, so it was only an occasional treat to enjoy this for our breakfast!

Classic French Toast is an incredibly EASY and quick breakfast to make! The recipe, as written, makes enough batter for three slices of French Toast. The ingredients are easily doubled or tripled, if cooking for more than one or two people.

It’s interesting to note that although the French are given the applause for this dish (their name is in it, right?), the origins of classic French toast actually go back much further in history, even before France became a country!

Historic writings show that even back as far as the 5th century, the Roman Empire had a dish called “aliter dulcia”. Apparently the Romans would dip their stale bread into a milk mixture, and then fry it, with butter and oil. Even in medieval times, writings show that this type of “fried bread” was made to help reduce the amount of waste, due to stale bread.

French toast is called by many different names throughout the world. It is known as Spanish Toast, Nun’s Toast, German Toast, and in France they call it Pain Perdu. The popularity of this “Pain Perdu” (with eggs added in) spread through Europe and reached England in the 16th or 17th century and was given the name “French Toast”. The early settlers to America brought this dish with them from England, and now we have it here… Classic French Toast!

How To Make Classic French Toast

To make the batter for the French toast, place eggs, milk, cinnamon and vanilla extract into a large bowl (large enough to hold the slices of bread). Whisk the ingredients together until they are fully blended. 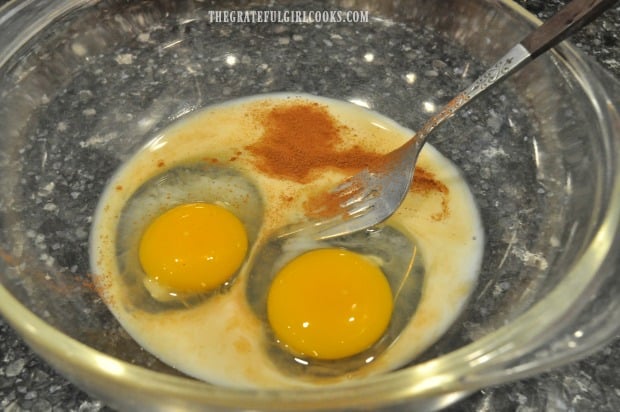 Place a slice of the bread you are using (I used brioche) into the batter. Use a fork (or your fingers) to carefully flip the bread to the other side, to fully coat all sides with the batter. Once the bread is coated, lift bread from the batter. Let the excess batter drip back into the bowl before placing the soaked bread in a hot skillet. 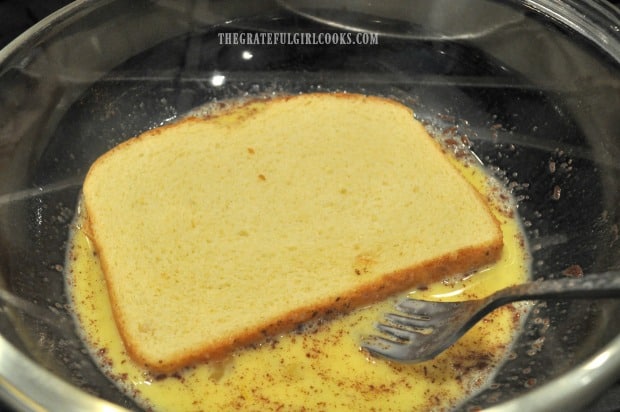 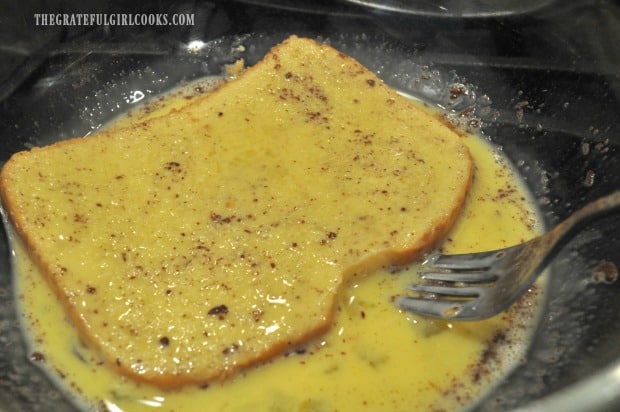 The classic French toast is then placed into a buttered, hot skillet on medium heat.  Once the French toast is in the skillet, lightly sprinkle the top of each piece with additional cinnamon. 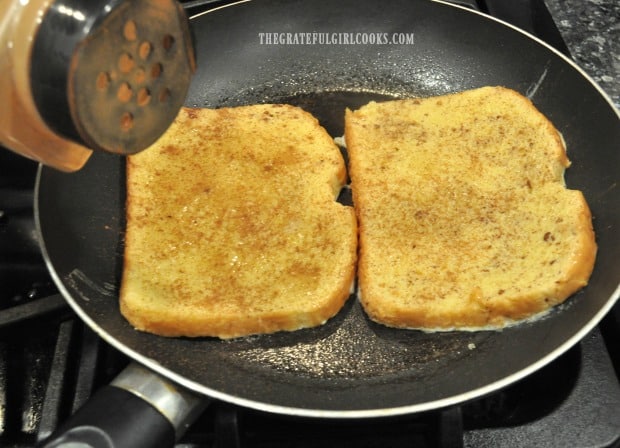 Spoon any of the remaining egg batter onto the top of each piece of French toast. I use a fork to pierce the top of the bread, which allows the egg mixture to soak into the bread. 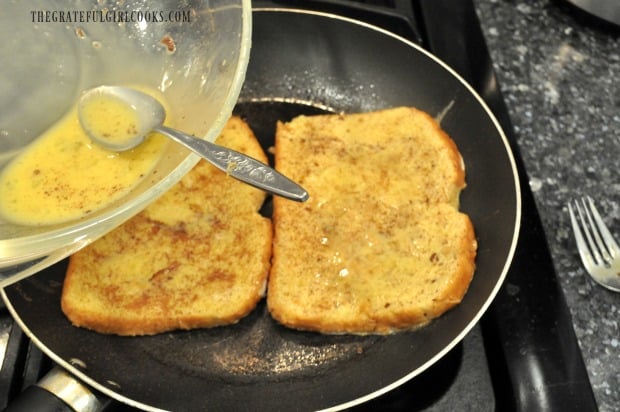 Cook until the bottom of the bread is nice and golden brown. Carefully flip the bread over. Continue cooking the other side for another couple minutes until fully browned. 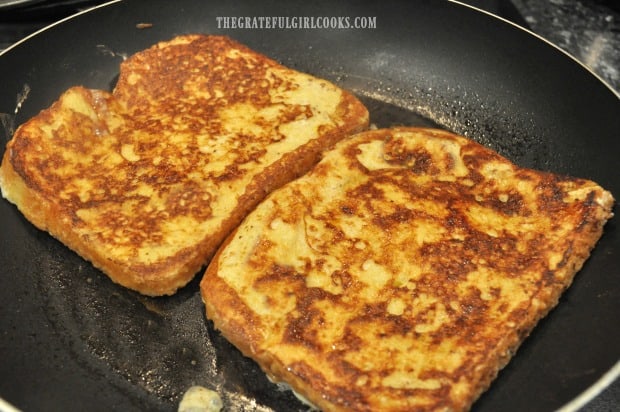 Once the French toast is fully cooked through and nice and browned, remove the slices from the skillet and transfer to a serving plate. Butter each piece if desired. To serve, I usually drizzle pancake syrup on top, and then add sifted powdered sugar, to finish.. 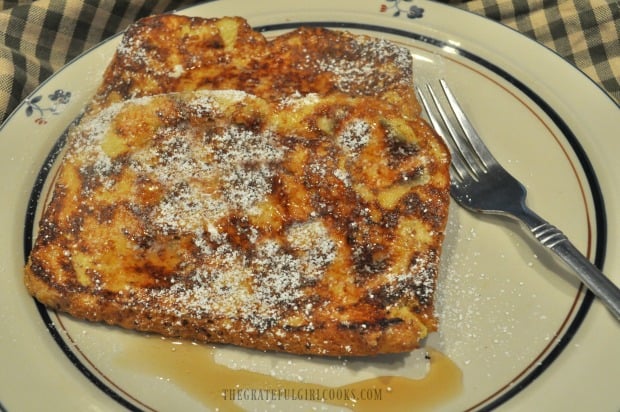 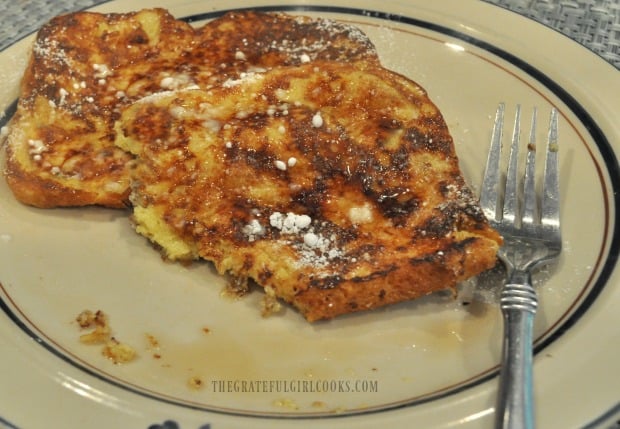 Using Other Breads For This Recipe

I’ve also made classic Trench toast using some of the Miracle Bread (a French bread loaf), made from scratch. The miracle bread classic French toast is shown in the photo below. French bread makes wonderful French Toast! Go figure! 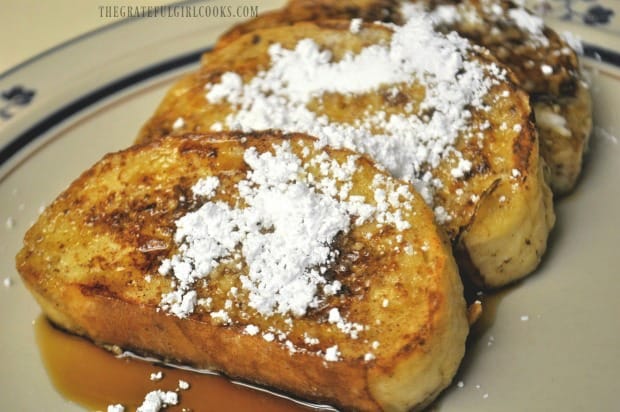 I hope you will give this classic French toast a try. It has a bit more cinnamon than is typical, and we think the flavor is exceptional, because of it! Have a fantastic day!

Here are a few favorite breakfast recipes. These and ALL of my recipes can be found in the Recipe Index at the top of the page. 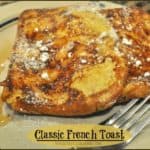 NOTE: Caloric calculation does not include powdered sugar or pancake syrup (amount used can vary per person). Calculation was based on the use of brioche bread. Different breads will have different caloric calculations. 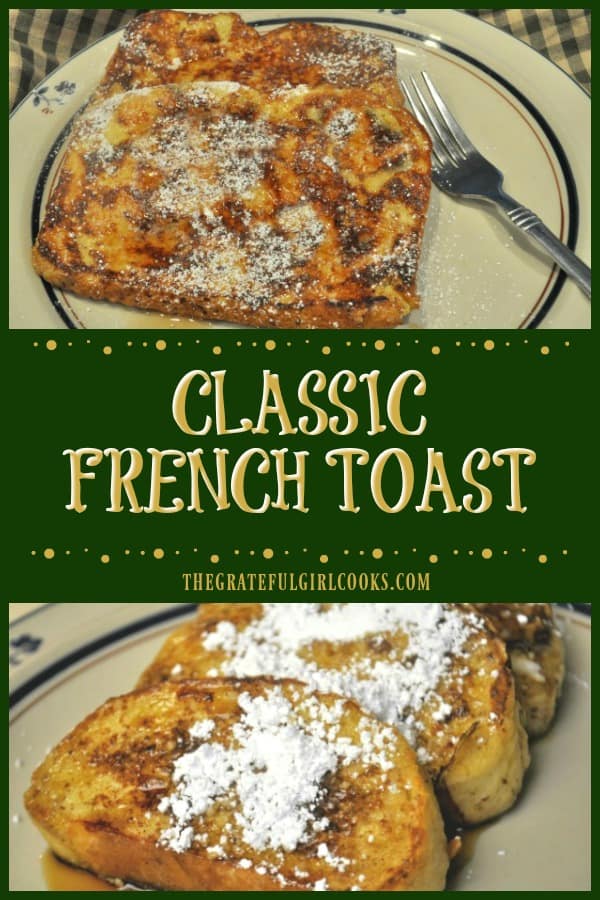